Today we talk to the brilliant Bárbara Ana Gómez, a Spanish illustrator living and drawing in London whose work is largely influenced by music. Read about a special art project by Bárbara, her sources of inspiration and musical preferences!


The Music Regime: How did your project Illustrated Songs start? Was it a particular song or album that prompted it?

Barbara: It started as my final project at University when I was studying Illustration 4 years ago. I chose to interpret a song visually, trying to translate the feelings in the song into illustrations. That song was Space Oddity, and it became a long illustrated roll with lots of drawings in it. It was a hard work but it was worth it. You can see the outcome here. 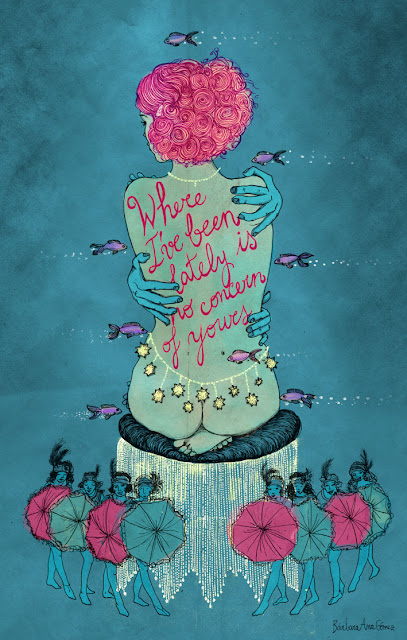 Inspired by the song 'Sophia' by Laura Marling.

TMR: What is music to you as an artist?

Barbara: I am listening to music most of the time, especially while drawing. It inspires me a lot. However, I cannot play any instrument or sing in tune so I guess that illustrating songs is a way to bring them into my field.

TMR: It's obvious from your work based on songs, that you have a very good taste in music. What is your all-time favourite album or song?

Barbara: Thank you! That means that we have a similar taste I guess. It's hard to choose an all-time favourite, but right now I'd choose Funeral by Arcade Fire or Alligator by The National. I just cannot stop enjoying them.

TMR: Your artworks are always very detailed and colourful, what art materials do you use and what is your preferred medium? How do you work on each piece devoted to a song (Do you listen to the song on repeat or work in silence?) 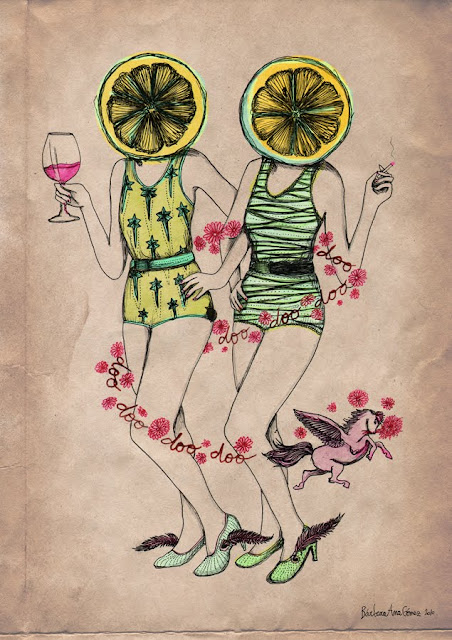 Inspired by the song 'Lemonworld' by The National

Barbara: I listen to the song a couple of times while sketching some ideas for the illustration. Afterwards I prepare a playlist of music related to the song (other music from the same musician, similar bands…) including the original song. Then I play the playlist in shuffle mode while drawing. That's how I keep myself in the mood of the song, not having to listen to it a million times on repeat. I make the drawing using pen and ink. Then I scan it to apply colour digitally.

TMR: Seeing how popular your illustrated songs have become online and with a new range of prints for sale, what will your next step be? Have your artworks been seen by the musicians/bands, whose songs you've illustrated?

Barbara: I haven't decided a next step. I still have a long list of new songs to illustrate when I have some time for it. It would be cool to make an exhibition or an event, but I'm not really preparing anything yet. I've sent the illustrations by email to many of the bands. I even gave a print of 'Lemonworld' to Scott Devendorf (The National's bass / guitar player) after one of their concerts in London. But I haven't had any feedback from them. However, I've had the warmest reception from the fans of the bands that I've illustrated. Most of them have been incredibly nice and supportive in forums and blogs. Really exciting.

TMR: Have you ever considered making an album cover? If yes, who would you like to design it for?

Barbara: Definitely! Actually, one of my first illustration projects, 5 years ago, was an album cover for my boyfriend's band. We both came up with a concept, he made the design and I made the illustrations. It was like our baby, we've always been very proud of it. You can check it out here. And I just finished a cover artwork for Wino Choir's first album. They make such beautiful songs. 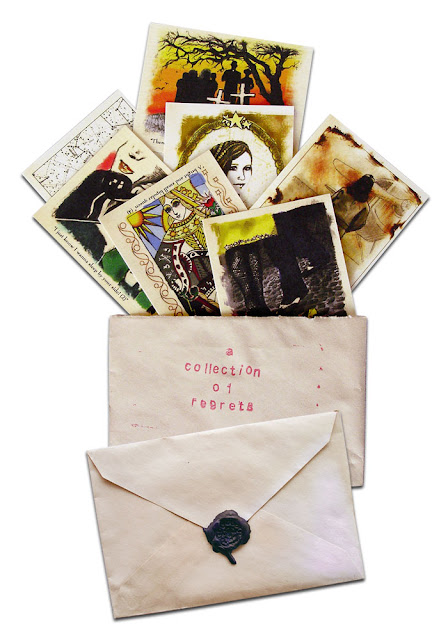 TMR: And finally, tell us a little more about your other projects and where your works can currently be seen.

Barbara: Well, I'm one half of Fancy a Fan. We design and illustrate fans and we sell them online. I'm also part of Happy Wednesday magazine, a free online zine that showcases artworks inspired by a theme. We have amazing contributors that create original images for every single issue.

Thank you Barbara!
For more art by Barbara visit Illustrated Songs and Barbarana.com
Posted by The Music Regime at 08:07